Our RPS 600S is a medical grade system that is one of the most advanced air purifiers on the market. With 6 stages of filtration and a large capacity air flow, it includes a washable pre-filter and a 2-stage electrostatic precipitator and can exchange the air in a 2000 square foot home 40x per day!

This model is portable, so it’s not mounted to your ductwork. Therefore, you can plug it in wherever it’s needed most!

Stage 1: The washable, anti-bacterial pre-filter traps large dust and particles such as hair and animal dander.

Stage 2: The washable 2-stage electrostatic precipitator captures airborne particles, such as allergens, dust mites and micro-pollutants. The microscopic particles then become electrically charged as they pass through the powerful electric field.

Stage 5: The UV light is reflected throughout the chamber, coming in contact with the photo-catalytic filter. This combination quickly and efficiently oxidizes household contaminants into simple water vapor and carbon dioxide. 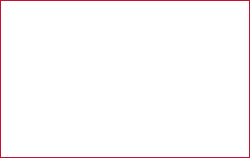